Full Contact Extended was produced during Book Lab, a five-week event for the creation, production and presentation of artist’s books that took place in 2013 in Istanbul.
Book Lab was initiated by photographer and book designer Frederic Lezmi together with Istanbul gallerist Kerimcan Güleryüz.

“A book inside an existing catalogue. Literally an extension of Gözde’s series. At the time of the exhibition, she had to get rid of some of the connecting images because of the economy of space. So to get them in, we tore apart her existing catalog and stitched those images where they belonged, in between.”

Remixing the historicization of herself. An artist catalogue as an index of something that happened at a certain point in time. And as the work changes, as the artist changes, that catalogue is only a representation of something that was outdated the minute it was produced. Then, the artist editing what happened to foreshadow what can happen, only makes sense. – Merve Ünsal 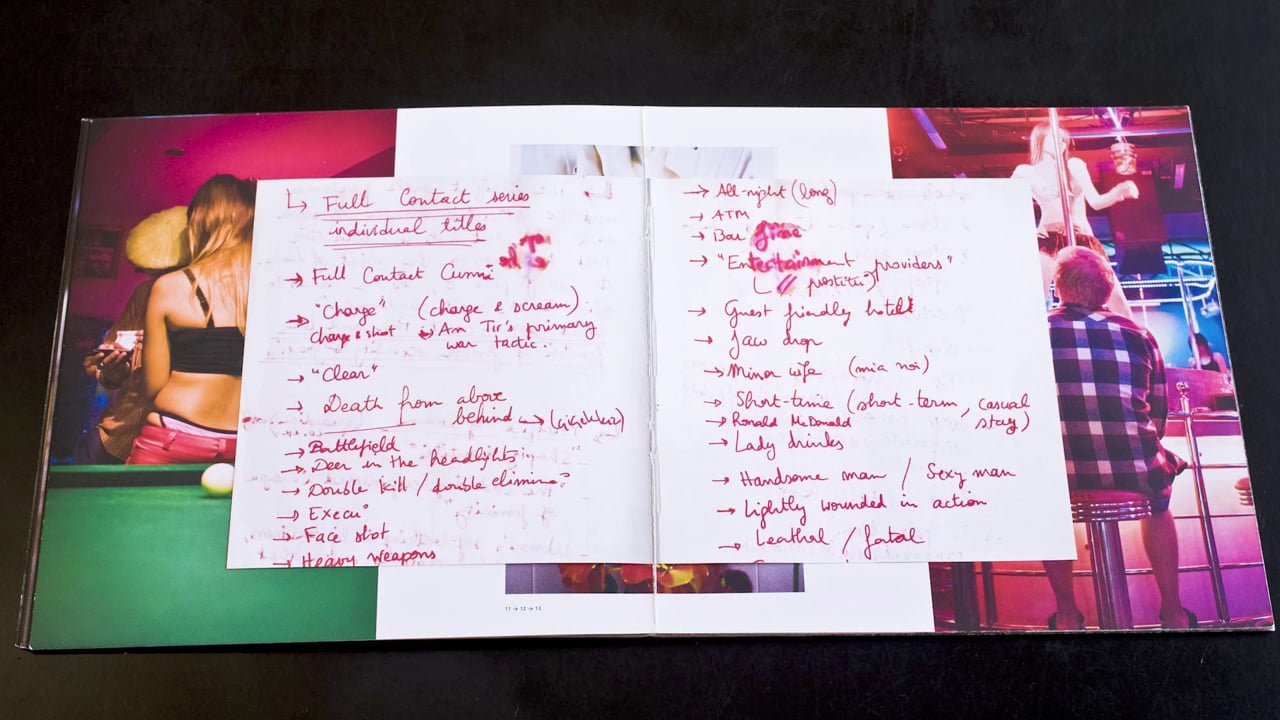